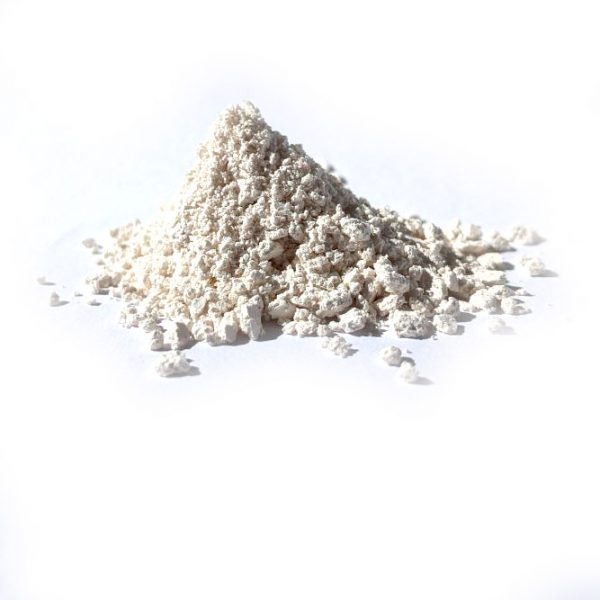 Always practice responsible research. You should read and educate yourself before undertaking research with any chemical. The Psychonaut Wiki has some very helpful resources and information on AMT. Never conduct research with a chemical without learning about it first.

α-Methyltryptamine (also known as Indopan and commonly as αMT or aMT) is a lesser-known entactogen substance of the tryptamine class.[1]

αMT was originally developed by Upjohn in the 1960s.[2] It was briefly used in the Soviet Union as an antidepressant under the trade name Indopan.[1][3][4][5] Indopan was prescribed in 5-10 mg doses, which is significantly lower than the dose used for recreational effects.

Erowid has received “a handful of unverifiable reports of hospitalization after high-dose (over 60 mg oral) αMT ingestion.”[6] There were 22 deaths linked to αMT in England and Wales where the drug became popular as a legal high from 2012 until it was banned in early 2015.[7]

Limited data exists about the pharmacological properties, metabolism, and toxicity of aMT, and it has a limited history of non-medical human use. It is highly advised to use harm reduction practices if using this substance.

αMT, or α-Methyltryptamine is a synthetic indole alkaloid molecule of the tryptamine class. Tryptamines share a core structure comprised of a bicyclic indole heterocycle attached at R3 to an amino group via an ethyl side chain. AMT is substituted at the alpha carbon Rα of its tryptamine backbone with a methyl group.

AMT is found in freebase form as a racemate of its (R-) and (S-) enantiomers.

αMT’s psychedelic effects are believed to come from its efficacy at the 5-HT2A receptor as a partial agonist.

αMT also acts as a releasing agent of serotonin, noradrenaline, and dopamine.[8][9] It also acts as a very weak, non-selective RIMA in-vitro[10] and in-vivo.[11], but this is unlikely to be very significant (if at all) with common doses.

AMT is classified as illegal in:

How to Buy AMT Succinate

You can buy AMT and other tryptamines like 4-HO-MET, 5-MeO-MiPT, and 4-AcO-MET here at Chemical-Collective. All of our chemicals are third party lab tested.

If you wish to see NMR results for AMT or any other chemical, please email us at requests@chemical-collective.com. 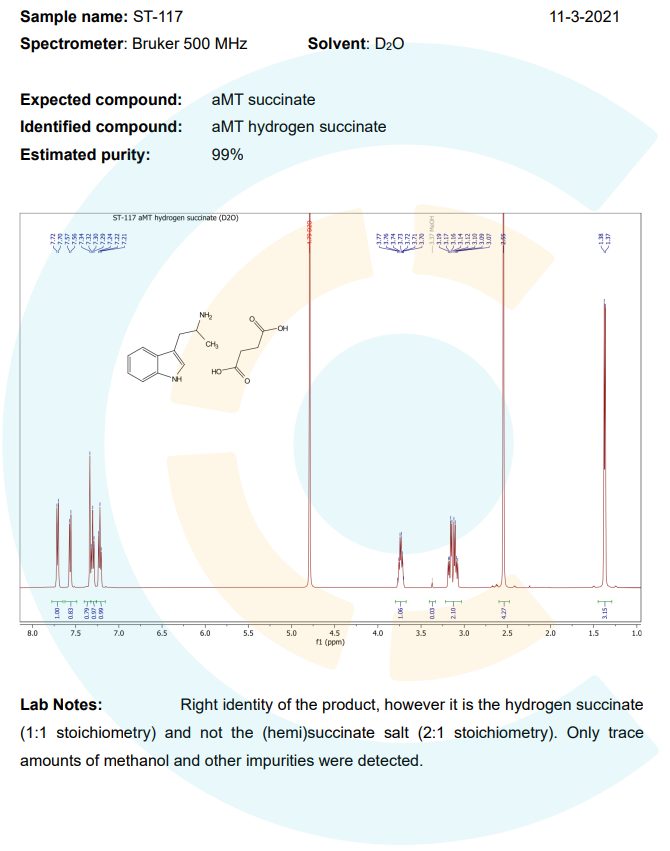