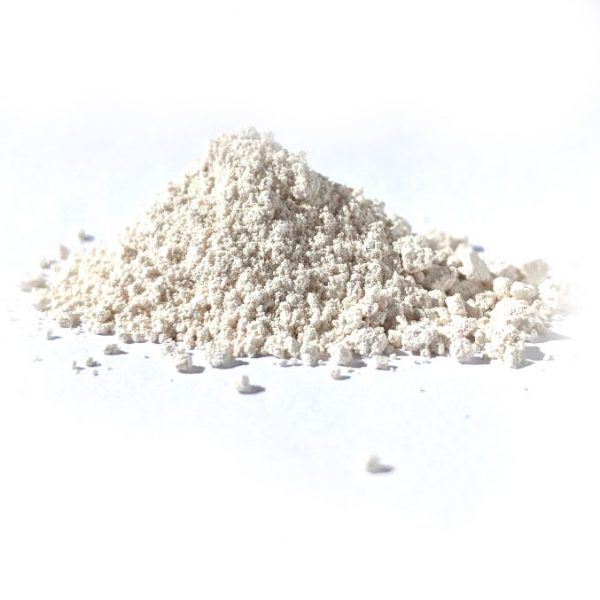 Always practice responsible research. You should read and educate yourself before undertaking research with any chemical. The Psychonaut Wiki has some very helpful resources and information on DPT. Never conduct research with a chemical without learning about it first.

DPT was first synthesized in 1950.[1] Human use was first reported in 1973, where it was researched in low doses as an adjunct to therapy for alcoholism.[2] It has also been researched in high doses to induce peak experiences for terminal cancer patients.[3] It has gained some notoriety for its adoption as the primary sacrament for the “Temple of the True Inner Light” in the United States, a Christian off-shoot organization that believes in the ritual use of psychedelics and refers to them as “the true flesh of God.”[4]

DPT is commonly consumed via insufflation or orally. Many report the experience of insufflation to be very congestive and painful which, with the rapidness of onset, does not give the user much time to acclimate themselves to its powerful effects. It can also be administered intramuscularly or via vaporization after conversion to the freebase form. Smoking the freebase is reported to be the preferred route used by the “Temple of True Inner Light”. More experienced members ingest a DPT tea.

Very little data exists about the pharmacological properties, metabolism, and toxicity of DPT, and it has relatively little history of human usage. It has long been available on the research chemicals market as a legal, grey-market alternative to DMT, and commercially distributed through online vendors. Many reports also suggest that this substance may be overly difficult to use safely for those who are not already very experienced with hallucinogens. It is highly advised to approach this powerful psychedelic substance with the proper amount of precaution and harm reduction practices when using it.

DPT, or N,N-dipropyltryptamine, is a synthetic indole molecule of the tryptamine class. Tryptamines share a core structure comprised of a bicyclic indole heterocycle attached at R3 to an amino group via an ethyl side chain. DPT contains two propyl groups of carbon chains bound to the terminal amine RN of its tryptamine backbone.

DPT has a number of substituted analogs such as 4-HO-DPT or 4-AcO-DPT.

DPT’s psychedelic effects are believed to come from its efficacy at the 5-HT2A and 5-HT1A receptor as a partial agonist.[5]

The role of these interactions and how they result in the psychedelic experience remains the subject of ongoing scientific investigation.

DPT is classified as illegal in:

How to Buy DPT Succinate

You can buy AMT and other tryptamines like 4-HO-MET, 5-MeO-MiPT, and 4-AcO-MET here at Chemical-Collective. All of our chemicals are third party lab tested.

If you wish to see NMR results for AMT or any other chemical, please email us at requests@chemical-collective.com. 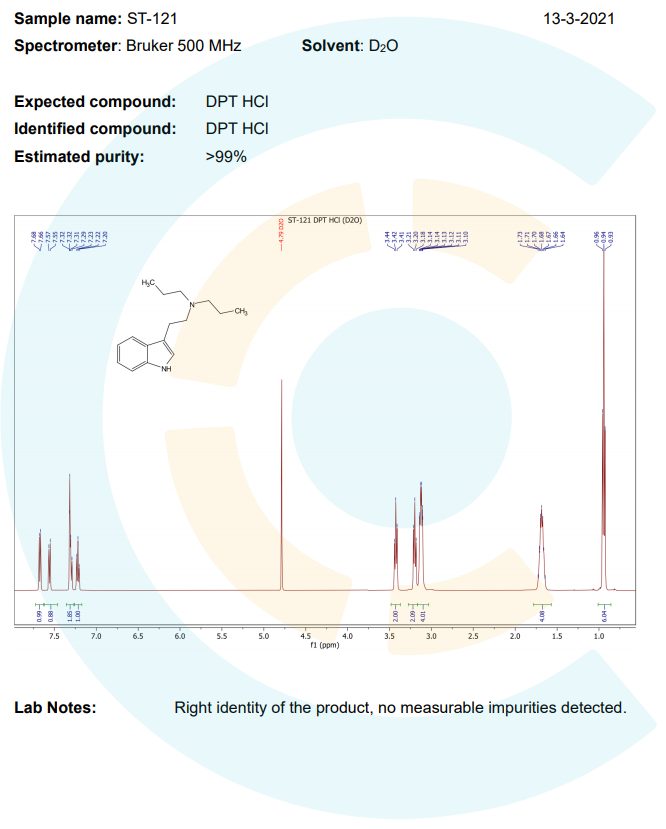