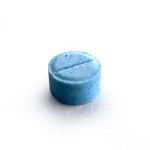 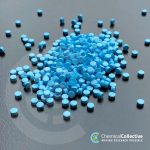 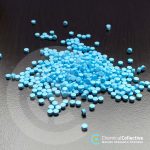 UPDATE October 2022: 1D-LSD is now available to our German customers since 1V-LSD is now illegal in Germany.

1V-LSD was initially released to the market on July 1st 2021 as the legal and spiritual successor to 1cP-LSD, after the latter was banned in Germany on the same day.

While there is still limited information on the effects of 1V-LSD, preliminary reports seem to suggest it has stronger visuals than LSD-25 and its other analogues. It is also generally accepted to have a longer onset than most lysergamides, often between 2-3 hours.

These 3mm micro pellets contain 10mcg of 1V-LSD and could theoretically be used for conducting microdosing research.

Microdosing is basically the act of consuming a “sub-perceptual” amount of a psychedelic substance, generally with the purpose of increasing motivation, concentration, creativity and productivity. Some people use microdosing to help give themselves the initial boost necessary to form new habits that will benefit them in the long run, while others use them as a springboard of creativity to help them with their business or artistic endeavours.

Some substances that can be microdosed are:

Is 1V-LSD suitable for microdosing?

While it is still early days so it’s hard to say, some people seem to prefer 1V-LSD for microdosing due to it’s relatively long and gentle onset period. While these pellets technically should be equivalent to around 8mcg of 1cP-LSD, we still recommend beginning micro-research with half a pellet as there have been some reports of stronger than expected results.